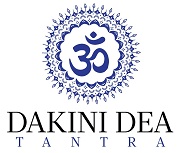 Knowing how to soften, open and surrender into deepening states of relaxation is such a life enhancing skill and one that can be a complete pleasure to learn.

Tantra is a Sanskrit word which has a variety of meanings depending on who you read.

It may be derived from the verb to weave, or a combination of, to expand and to liberate.

Tantra simply can translated as transformation.

Tantra is not a religion but a technique of expanding consciousness, so people can discover their own individual spirituality and see each other as divine beings.

self-acceptance and indulgence with awareness.
There are many difference types of Tantra and I practice the Shiva stream of Tantra, which says “yes” to love and sex.

It is devotional and feminine and aims to let you experience the Divine in your body in the physical world.

The primary technique used in Tantra is meditation.

Shiva was a Tantric God who lived about 5,000 years ago in India and developed 112 methods of tantric meditation for enlightenment.

On a more mundane level, any activity becomes a meditation if we bring our full awareness to it, even walking, washing the dishes, dancing, massage and lovemaking.

The secret is to focus and allow ourselves to tune everything about that experience particularly the sensate body – the physical sensations and the emotions, images, connection to spirit.

The challenge is to do this without talking to ourselves about the experience, or getting carried away by thoughts and judgments about it, while it is happening, instead of being the experience.

In Tantra our sexual life force energy, combined with our heart energy make the experience a spiritual experience, and a vehicle for awakening if you are on a spiritual journey.

When sex and love meet in meditation you become divine, and you can start rising in love, elevating yourself into a higher level of consciousness.

In this way tantric practitioners can see each other as god and goddess. The archetypal embodiment of the divine feminine and masculine principles.

“Sex–never repress it! Never be against it. Rather go deep into it with great clarity, with great love. Go like an explorer…Sex is just the beginning, not the end. But if you miss the beginning you will miss the end also,” says Osho, an enlightened Indian mystic.

The ancient spiritual practise of Tantra honours women, as the embodiment of the Divine Feminine. The Divine Feminine is integral to us all because we are composed of both masculine and feminine energy. In Tantra these energies are known as Shiva, the Divine Masculine and Shakti, the Divine Feminine. The left side of the body relating to the feminine and the right side, the masculine.
The Divine Feminine or sacred feminine is also referred to as Mother Earth, the Great Godess of many names and many qualities – Isis, Ishtar, Sekhmet, Kali, Durga, Mother Mary, Bridgid, Hathor and many more. Many ancient Matriarchal cultures believed and still do, that Mother Earth gave birth to the whole of existence and continues to create, giving birth to ideas, inspiration, projects and life itself with every breath we take. The Divine Feminine energy in the aspect of Mother is unconditionally loving, nurturing, nourishing, grounding and eternal. In her aspect of Warrioress the Sacred Feminine is fiery, powerful, untamed, creaturess and destroyer of life as witnessed in the monthly life and death cycle of the menstrual cycle. In her aspect of Lover she is sensual, sexual, erotic, sexy, playful and juicy.
It takes the pure presence of the Divine Masculine to hold space, witness without judgement, provide protection, safety and security for the Divine Feminine to fully dance in her power.
Ancient cultures were often Matriarchal, which was overthrown and became patriarchal for many thousands of years. What is needed is a balance between both of these poles for the earth to come into balance as is happening now. In ancient history when both these poles come into balance Tantra was born, which explains why Tantra is flowering and growing now.